The rapidly expanding world of cloud platforms and services — both large and small — is creating an array of options for forward-thinking organizations to deploy asset performance management solutions.

What is asset performance management (APM), and how is it evolving?

After many years of being a somewhat niche technology, APM is on the verge of becoming ubiquitous. What’s more, APM is laying the foundation for the next wave of operational excellence and resilience.
u003cp class=u0022p1u0022u003eHistorically, the cost and resources required to implement APM broadly have made it prohibitive to all but the largest organizations. But as the ability to cost effectively scale solutions grows, organizations from a wide range of asset-intensive industries are increasingly investing in APM tools to better manage their businesses.u003c/pu003e
u003cp class=u0022p1u0022u003eu003cspan class=u0022s3u0022u003eAPM can be broadly divided into two categories: solutions that help organizations use data and analytics to optimize their maintenance activities and technology that helps predict the failure of specific assets or asset classes. Most new investments and solutions have focused on the latter — often referred to as predictive maintenance (PdM) — on the assumption that new analytical tools and techniques, including artificial intelligence and machine learning, open the door to truly predicting the performance of assets.u003c/spanu003eu003c/pu003e
u003cp class=u0022p1u0022u003eu003cspan class=u0022s3u0022u003eAt its core, APM depends on data and analytics, yet many organizations are still not managing their data effectively. In IDC’s 2021 u003ciu003eWorldwide Future of Operations Survey, u003c/iu003eless than 30% of participants responded as follows: u0022We have more than enough data, and there are no significant barriers to accessibility and extracting value from it.u0022 Significantly, data masters outperformed their peers by a large margin with respect to operational performance improvements. This extends to their success in extracting new insights from data using analytical tools, such as APM.u003c/spanu003eu003c/pu003e

What are the business benefits of APM?

The business benefits of APM have been well established from many years of use in asset-intensive industries. The two primary benefits are reduced unplanned downtime and minimized maintenance costs. Historically, organizations were forced to make a trade-off between costs and reliability, but APM has allowed many companies to improve both. u2028This outcome is possible when maintenance activities evolve from being time based (and often unnecessary) to being data based. This approach can also deliver reduced MRO inventory requirements.

The more transformative opportunity is to use APM as the foundation for creating a fully optimized and data-driven operation (sometimes called operations performance management, or OPM). Once organizations have a good handle on the performance of their assets, they can make better decisions on how to run their operations in terms of profitability, safety, sustainability, and customer satisfaction. APM is also a critical building block for remote monitoring and diagnostics, which has its own set of benefits.

How is cloud technology transforming the APM market?

Most APM deployments have been — and still are — on premises. However, this is changing. Long-standing concerns about putting operational data and applications in the cloud, including security and reliability of access, have been largely addressed. Indeed, data is often more secure and accessible in the cloud.

IDC’s 2021 Worldwide Future of Operations Survey asked about attitudes toward cloud, specifically relating to operational data. The findings revealed a decisive shift, with less than 17% of participants responding as follows: u0022We do not allow any operational data to be put in the cloud for security reasons.u0022

At the other end of the spectrum, almost a quarter of respondents agreed with the following statement: u0022We have an enterprisewide strategy to put more data in the cloud to enable more information sharing and collaboration.u0022 The rest — about half — fell somewhere in between.

What does the future hold for the APM market?

The APM market is at a significant inflection point. The proliferation of data and analytical tools opens the door to more and better insights into the performance of assets of all types. The rapidly expanding world of cloud platforms and services — both large and small — is creating an array of options for organizations looking to deploy APM. It also opens the door to new business models, whether that means new approaches to decision making or the use of external services to manage assets.

What hasn’t changed is that managers of assets are still focused on achieving greater visibility into and predictability of their assets. They know that they can get close to perfect predictability with enough data and good enough analysis of that data. This is both the opportunity and the challenge of managing physical assets that behave according to the laws of physics.

The strategies and approaches that improve the success of deploying APM haven’t changed either. It starts with recognizing the central role of data and thrives on a willingness to embrace innovation. At this point in time, all APM roads lead to the cloud because of its scalability, accessibility, and growing role as the focal point for technology innovation. In summary, APM — after many years of being out of reach for most organizations — is becoming ubiquitous and the foundation for the next wave of operational excellence and resilience. 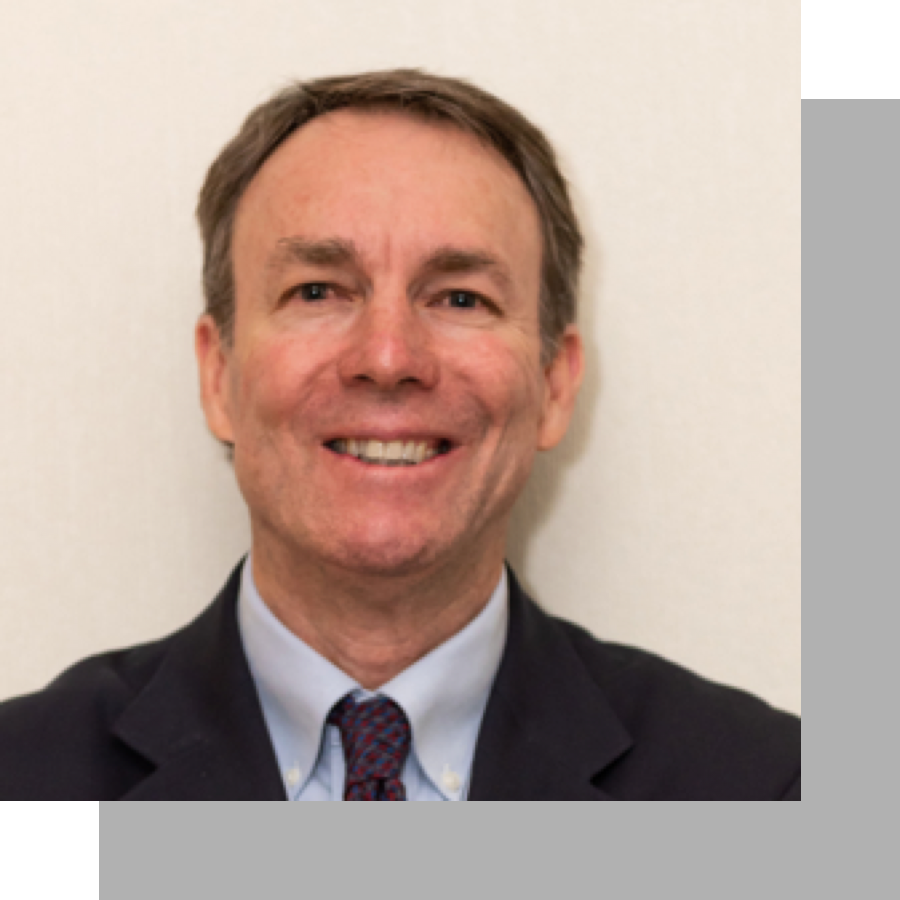 u003ch4 class=u0022p1u0022u003eu003cspan class=u0022s1u0022u003eResearch Vice President, Future of Operationsu003c/spanu003eu003c/h4u003e
u003cp class=u0022p1u0022u003eu003cspan class=u0022s1u0022u003eLeif’s primary responsibility is leading IDC’s Future of Operations practice with the IDC Energy Insights and IT/OT Convergence programs reporting to him. His team’s research is focused on how digital technology — particularly cloud, collaboration, and AI technologies — is transforming operations across industries and within industries. They are at the center of defining how enterprises can, and should, navigate the journey of transforming their own operations using digital technology.

A message from the sponsor

Unpacking the power of partnerships: APM to digitally transform businesses

At its heart, APM is the concept of maximizing profitability by balancing the risk, cost, and performance of plants, assets, and people. It has a central and powerful role to play in enabling businesses to optimize organizational performance.

As Microsoft’s Gold partner, AVEVA connects people and assets with technology that improves industrial efficiency, safety, and reliability. AVEVA and Microsoft are accelerating the delivery of industrial solutions empowering customers to sustain and shape the future.

Our comprehensive APM portfolio and Microsoft’s end-to end cloud solutions has led customers across the globe to proven success. The unique combination of capabilities helps businesses capitalize on the power of technology with APM to become more agile, resilient, and sustainable. 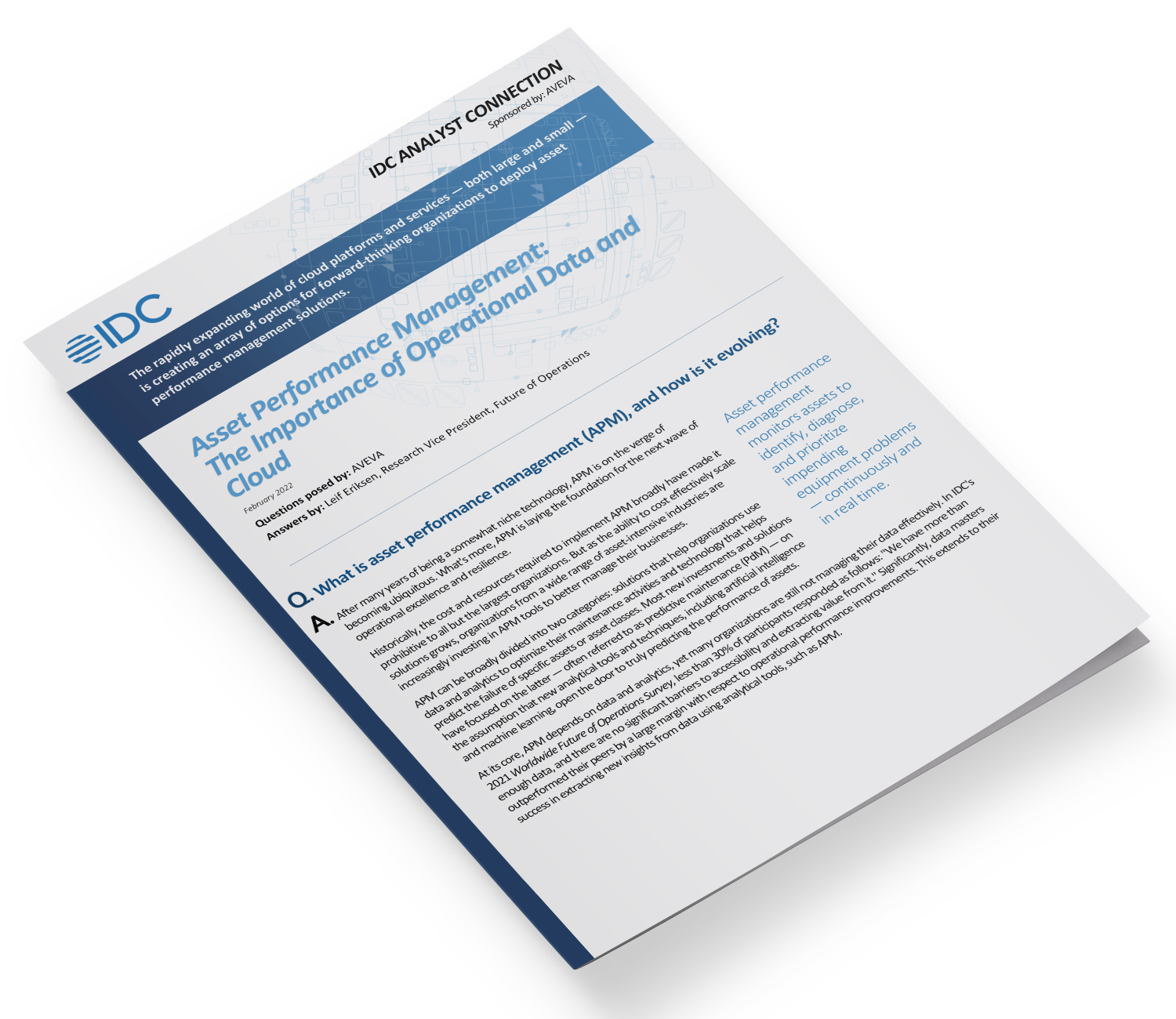 u0022The rapidly expanding world of cloud platforms and services — both large and small — is creating an array of options for forward-thinking organizations to deploy asset performance management solutions.u0022